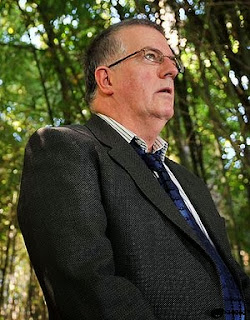 We are writing to you as the Stewardship Team for Inclusive Catholics.
As you are no doubt aware, last week Fr Greg Reynolds was called into the offices of the Archdiocese and presented with a document from the Vatican. This document, which was in Latin, was translated for Greg by the Dean of the Cathedral who is a canon lawyer, and who was acting on behalf of the Archbishop. He informed Greg that he had been forcibly dismissed from the clerical state and excommunicated. The document was  signed by the Prefect of the Congregation for the Doctrine of the Faith and issued under the order of Pope Francis. It cited various canons, but no actual reason was given for these penalties.

Subsequently, in a letter to priests, the Archbishop claimed Greg was laicised and excommunicated because of his preaching on the ordination of women, and his continued celebration of Mass after his faculties had been suspended. However, Greg was told by the canon lawyer that the Archbishop himself did not instigate these proceedings – an unknown third party went to the Vatican. We also know that the Vatican at no time contacted Fr Greg, or attempted to engage in any kind of dialogue about whatever issues concerned them. The first time Greg heard from the Vatican was when he was informed that the most severe penalty in church life had been imposed on him. This way of acting flies in the face of so much that Pope Francis has been saying recently, and in the face of natural justice. Sadly, however, this behaviour has become all too familiar in our church, as is demonstrated by the ban on Catholics even discussing the ordination of women, among other issues. The penalty meted out to Greg acts as a very stern warning to other priests, theologians and lay people: stand up for certain issues, and you will be thrown out of the church.

On Sunday, October 6, we Inclusive Catholics will gather for our regular fortnightly celebration of the Eucharist. Our masses are inclusive, openhearted and welcoming to all, and we seek to model liturgically our vision of a community of faith in which the gospel of Jesus is lived with passion, justice, and love. We want to make this particular gathering an expression of solidarity with Fr Greg, in his prophetic and courageous stance. We also want to make it clear that we, the People of God, will not be bullied and cowed into silence. We will not stand by as honest, courageous priests like Greg are thrown out- meanwhile safe, tame, company men climb the ladder of clerical success. Our Eucharistic gathering will reaffirm our commitment, as a community, to the full inclusion of women, married people, gay and lesbian people, and divorced and remarried people in every aspect and at every level of Catholic life.  It will also embody our call for a new kind of church – where open discussion is welcomed, where conscience is honoured, where every person is affirmed and encouraged as she or he seeks to discern God’s presence in the realities of contemporary life, and where together we listen to the Holy Spirit as she moves within us all.

We ask you to join us on October 6, to stand in solidarity with Fr Greg Reynolds, to stand up for justice, to call for a renewed Church.

In Joy and Hope 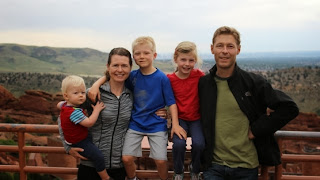 Merck & BMS: Save Locky's Dad. Provide Nick Auden access to the PD1 drug on a compassionate basis - Shortly after my husband Nick and I moved our family to Denver in 2011, two pieces of news changed our lives in a matter of 2 months: we learned we had a third child on the way, and Nick was diagnosed with Stage 4 Melanoma. - Merck and Bristol-Myers Squibb have the power to grant Nick single patient access to PD-1 right away under compassionate use laws. We’ve been told that this is our last hope for saving my husband’s life. I believe Nick can jump this last hurdle if Merck and Bristol-Myers Squibb give him that chance. Please join Locky, Hayley, Evan, and me in asking Merck and Bristol-Myers Squibb to provide PD-1 to Nick, so he can win against melanoma. - Nick is determined to beat this so our children -- Locky (7), Hayley (5), and Evan (1) -- can grow up with Dad beside them. Nick takes on each new battle with melanoma with audacity -- determined to win and constantly assuring others that he will jump the next hurdle. And he always does. Most of all, Nick shows incredible dedication to our kids every single day. A few weeks ago, he even slipped home from the hospital to make sure he got to watch the big game at home with Locky before surgery, and he doesn't miss a chance to take Hayley bike-riding or to teach little Evan a new word. - But we've hit a critical time in Nick's battle against cancer. While Stage 4 melanoma has long been considered incurable, a new anti-PD-1 ("PD-1") wonderdrug is showing remarkable results for patients like Nick. But the drug, which is being developed by BristolMyers Squibb and Merck, is still undergoing clinical trials and may not be available to the public for 12 to 18 months. My husband doesn’t have that long to wait. I can't imagine life without Nick. I can't imagine telling Locky he has to watch the big game alone, telling Hayley that Daddy can't take her bike-riding anymore, or knowing that my youngest son won't even remember his dad. I can't live with that possibility and I won't. I will never stop fighting to save my husband.

Traduzir esta página 10/10/2010 - PYONGYANG (Reuters) - North Korea's leader-in-waiting, the ... Jong-il, took center stage during a big military parade on Sunday, ... Foreign media were also invited to watch the parade which marked the 65th anniversary of ... NKorea calmly marks founder's birthday - Canada - World - Cape ... North Korea is believed to be saving its parades and big parties for July 27, the 60th anniversary of the end of the Korean War, and the 65th... that there's a new baby in the ruling Kim dynasty. - North Korea Kim Jong Un. -

International Figure Skating Festival starts in North Korea to mark Kim Jong Il's Birthday ..... military personnel and equipment to practice for a massive military parade at ... appropriate way to celebrate the 65th anniversary of North Korea's founding and the ......

Promote Your Page Too